All that you “saw” 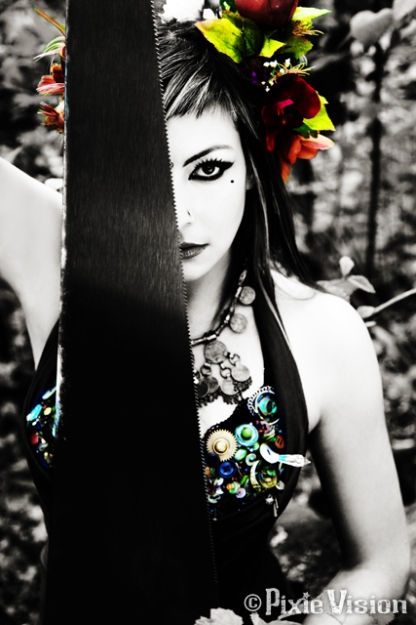 Wow. It was a brillantly beautiful day at FIGMENT out on Governer’s Island today (www.figmentproject.org). A magickal lil faerie land tucked away in the middle of the east river.

I had my first public debut of playing the musical saw at our friends GypsyTransTemporal interdimensional time traveling gypsy camp! (http://www.facebook.com/GypsyTransTemporalis) I played with friends  Kai Altair Joe Peppitone, Renata Bergan, Matt Talmalage, Helen, and Matt and Pinkie from Not Waving but Drowning. It was an excellent throw down of great proportions.

I wasnt playing for more than 15 minutes when I saw a special face emerge across the lawn. It looked like the amazing saw player I had been mesmerized by so many times before in the Union Square subway station, Natalia, aka The Saw Lady.  As she came closer I could see an image of a woman playing the saw on her t-shirt. . . it was totally her. Almost as if summoned by the tones of the saw alone she appeared at our project. She came over and was so encouraging and so sweet and invited me to come and perform in the NY Saw Festival!!! It was very serendipitous to have encountered her at this moment. Her website was so very helpful when I was researching what type of saw I really wanted. And she weaves magick with every note of her saw.  It was such an honor to play for her!!

In general beginning to play saw has been such a good learning experience for me. It is transportive, underwater, other worldly, meditative, and energizing. I can feel the bending of the vibrations through my whole being as they bounce up and down the blade.I luxeriate in finding new spots on it that create whole other worlds of sound. The saw is taking me down a really fun and new path.

I also want to take a moment and thank Pixie at Pixie Vision Productions who captured and edited this super magickal image of me and my new found friend. Thanks Pixie!!

Okay Lovelies- time for me to work on some more lullabys.